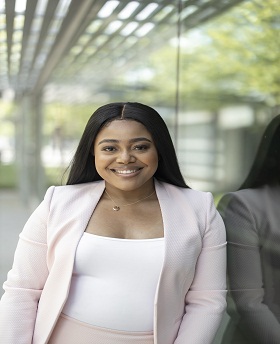 Dequeshia Prude-Wheeler is a licensed Bankruptcy Attorney and Partner with Recovery Law Group.

Prior to launching PLLG, Dequeshia worked in Ethics and Compliance for a Fortune 500 corporation, served as legal counsel for a major hospital system in Northwest Arkansas, and represented chapter 7 and 13 bankruptcy debtors in federal court. Dequeshia tried her first case as a third-year Federal Clinic law student when she successfully represented a low-income disabled client and helped the client discharge over $17,000 in student loan debt due to financial hardship.